Located around two main harbours, Auckland is the largest city in New Zealand with a population of 1.6 million people and is the hub of retail and commercial operations in the region. The centre of the city is the famous Sky Tower, which provides views of the harbour, which is crammed full of superyachts and lined with bars and cafes. 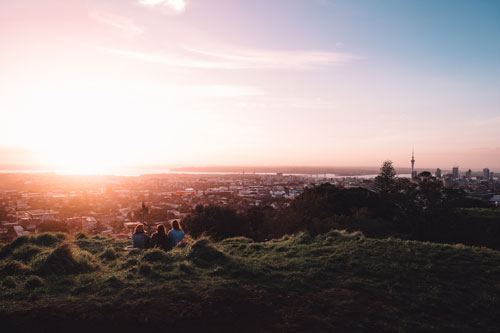 The city's oldest park, Auckland Domain, is situated on an extinct volcano and home to the formal Wintergardens. Mission Bay Beach is adjacent to Downtown and has a seaside path.

Auckland is known as "City of Sails" due to the many yachts sailing in the harbours, along with the Hauraki Gulf. The city is surrounded by 48 volcanoes and countless spectacular islands.

The Waitakere Ranges rainforest in the west of the city (also known as West Auckland), forms the gateway to glorious beaches along the West Coast and plentiful bush walks.

Auckland provides a metropolitan setting where the vast majority of residents live within half an hour of lovely beaches, walking trails and a dozen lovely holiday islands. Add a sunny atmosphere, a background pulse of Polynesian music, an enthusiasm for excellent cuisine, wine and shopping, and you have a clearer understanding of Auckland, New Zealand's largest and most diverse region.

Discover the best businesses and events in Auckland, NZ

Find awesome listings near you!